BIF 2019 will be held October 10, 11 in São Paulo and will gather more than 1,500 participants including foreign investors, CEOs from large companies and senior government executives

The largest investment attraction event in Latin America will be held on October 10 and 11 in Sao Paulo, Brazil. Organized by the Brazilian government, through Apex-Brasil, the Ministry of Economy, and the Ministry of Foreign Affairs –, in partnership with the Inter-American Development Bank, Brasil Investment Forum will highlight investment opportunities in strategic sectors of Brazilian economy, such as infrastructure, energy, agribusiness, technology and innovation. This will be a unique opportunity to discuss improvements in the business

BIF 2019 is expected to gather around 1,500 participants, including executives from large companies, opinion formers, high-ranking government representatives, foreign investors and important Brazilian businesspersons. The 2018 edition was attended by foreign guests from more than 48 countries. Ninety percent of the attendance were from the private sector.

“We are living in an unprecedented time in Brazil, when we have the federal government agencies acting in harmony in favor of economic growth and improvements to our business environment. I am sure that BIF participants will leave the event with renewed interest in our country, aware of the competitive advantages that Brazil offers”, says the President of Apex-Brasil, Sergio Segovia.

Request your pre-registration and check out the full BIF 2019 schedule at www.brasilinvestmentforum.com

With an area of 8.5 million square kilometers and more than 210 million inhabitants, in addition to a territory rich in natural resources, a solid industry and consolidated democracy, Brazil is one of the most attractive countries for foreign investments.

A stable financial system and an enormous internal market make Brazil a safe destination for investments and give the country the strength to resist international crises. Brazil is now the seventh largest recipient of FDI in the world, according to the United Nations Conference on Trade and Development (UNCTAD).

Economic and tax reforms pave the way for the current macroeconomic realignment, ensuring predictability and sustainability to foreign investments.

Brazil also works to increase the competitiveness and productivity of its companies, adopting measures to improve the business conditions.

Some of the main competitive advantages of the country are:

What you can read next 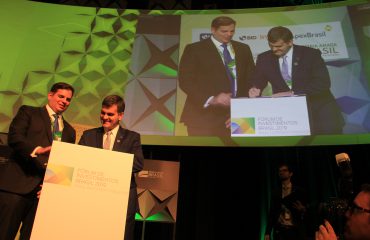